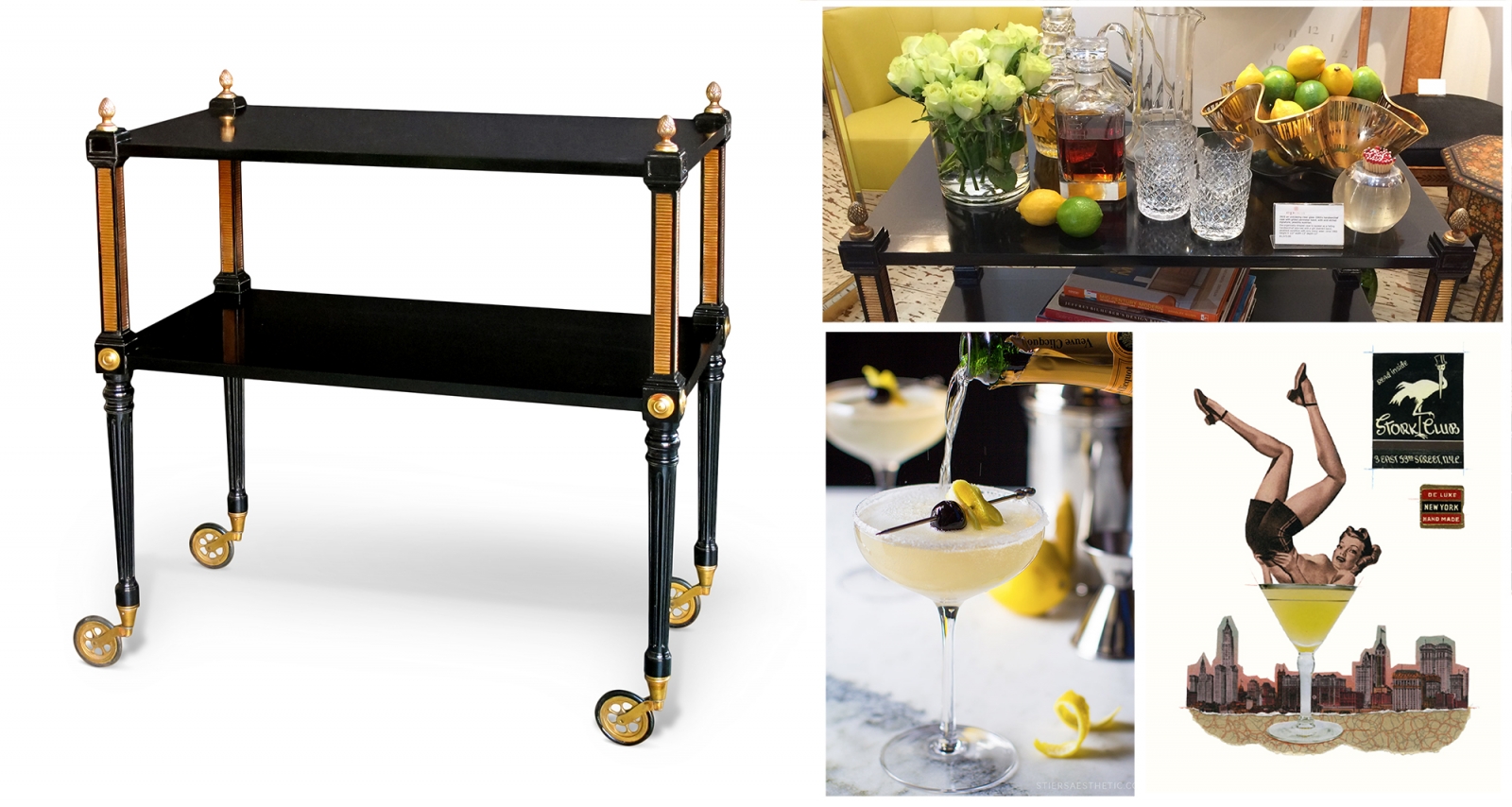 With a nod to forties-era glam, we pair a sophisticated Regency style bar cart with a signature cocktail from New York's Legendary "Stork Club". While this may not be your standard holiday cocktail, it's definitely an impressive drink to serve guests this season!

An equally fabulous and festive drink to serve is "The French 75", a champagne cocktail named after the French 75 mm field gun and its powerful kick. It was first made in 1915 by Harry MacElhone at the New York Bar in Paris ( later called Harry’s New York Bar, a well-known Paris landmark). In the U.S., The French 75 was once the toast of celebrities and aristocrats at the legendary Stork Club.  In the 1930s and 1940s, everyone who was anyone went to the Stork Club. The New York nightclub and restaurant was a hangout for the country’s elite. Society writer, Lucius Beebe, summed up the club’s status in a 1946 book: “To millions and millions of people all over the world the Stork symbolizes and epitomizes the de luxe upholstery of quintessentially urban existence. It means fame; it means wealth; it means an elegant way of life among celebrated folk.”

Fantasy, luxury and theatricality for a glamorous holiday party; THE recipe for Holiday Fun!

This drink is simple and doesn't require a lot of ingredients. Gin, lemon juice, sugar and champagne (This is basically a Tom Collin substituting champagne for soda water ) : "Why yes, we'll have another, thank you!"

2 ounces gin (I used Hendrix)
1 ounce freshly squeezed lemon juice
2 teaspoons of sugar** (See note)
Dry champagne or sparkling wine (I used my favorite brut; Veuve Clicquot)
Garnish with lemon spiral and a cocktail cherry (I used Luxardo Cherries)
•• Simply syrup may be used instead of granulated sugar. One quarter ounce of simple syrup is equal in sweetness to one teaspoon of granulated syrup. (Simple syrup is sugar dissolved in water, simmered, and then cooled.. The most common ratio of sugar to water is 1:1)