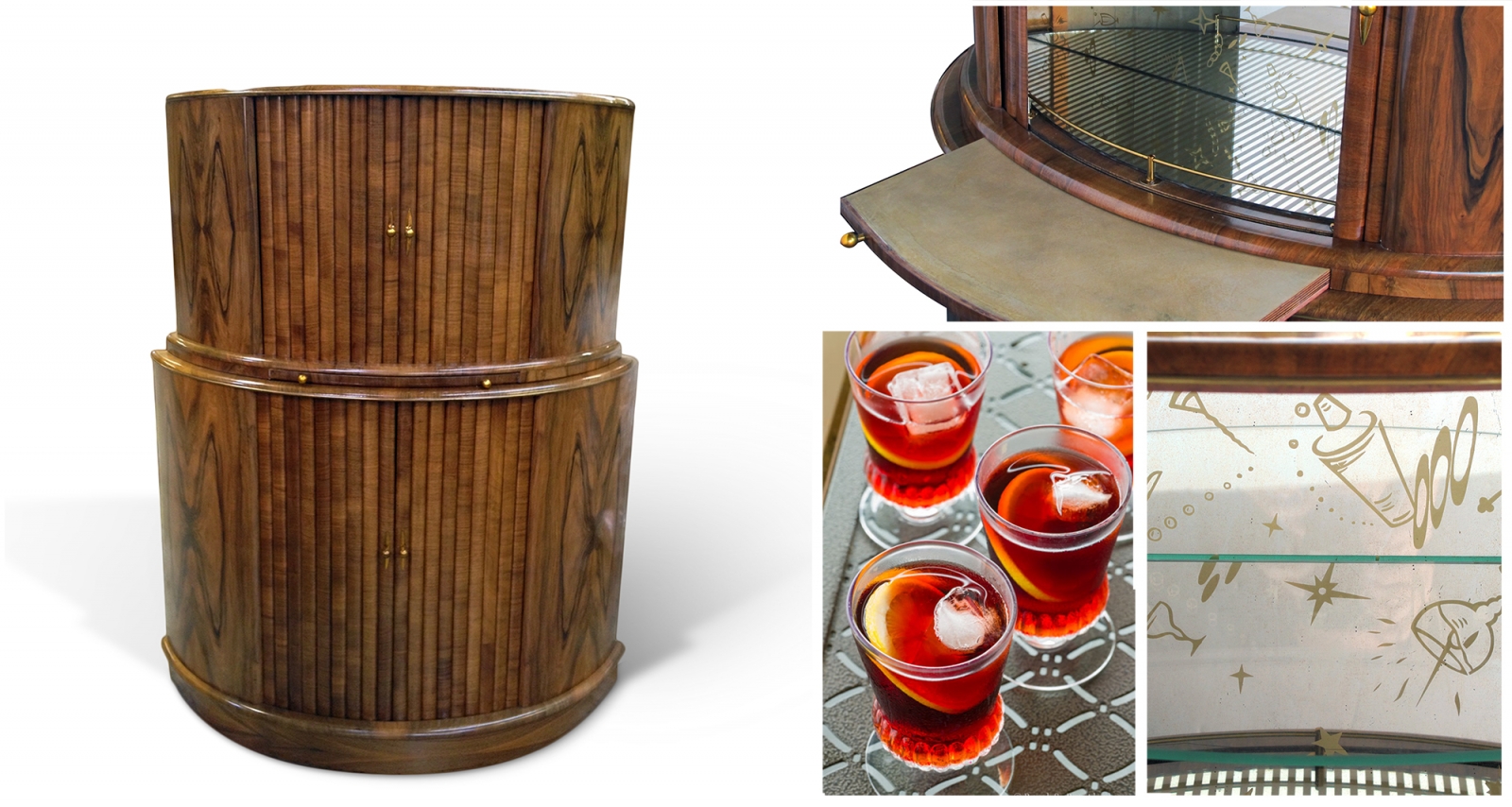 As they say: "It's five o'clock somewhere!"

First, A Finely Matchbook Veneered English Art Deco Black Walnut Demilune Bar With 4 Tambour Doors And Etched Mirrored Interior 1930's. The top half fitted with tambour doors opening to reveal a mirrored interior with glass shelf; resting on a larger conforming base with similar doors; all in all in a well-figured bookmatch veneer; age to mirror. height: 54 1/4" width: 43 1/4" depth: 14 1/2"

And we have just the right drink to go with this proper English piece: Gin And Dubonnet, Queen Elizabeth II's Morning Cocktail Of Choice!

A polished & posh pairing that is certain to impress as you festively slide open the lovely tambor doors for the Royal Reveal!

How To Make Gin And Dubonnet, Queen Elizabeth II's Morning Cocktail Of Choice : ABC reports that her majesty’s recipe calls for two parts Dubonnet Rouge and one part Gordon’s gin, stirred and strained into a glass, followed by a slice of lemon and exactly two cubes of ice.
Uh, yum!